A time machine, an impossible pinball game, a giant self-balancing mechanism, forensic photography that captures your movements before the picture, these are some of the fantastically thought-provoking exhibitions on display at the Architectural Association School.

Beyond Entropy is an ambitious two-year project involving twenty-four global scientists, architects and artists working together to explore and broaden the ways we think about energy.

Before coming to London in May, Beyond Entropy was shown at the 2010 Venice Architecture Biennale and Societe de Lecture, Geneva.

In London, speakers include artist John Stezaker who discusses the potential in meaning, cosmologist professor Andrew Jaffe on time travel and architect Carlos Villanueva Brandt on the city as creative energy.

‘Cities are alive, living, breathing, energy filled beings. The exhibition and events fuse hard science with artistic freedom and interpretation to explore new ways of thinking about energy in all its forms,’ says Stefano Rabolli Pansera, director of Beyond Entropy.

‘From time machines to global issues surrounding the ownership of energy, the combination of science, architecture and art working together have created thought-provoking and sometimes startling work to explore issues of energy – from the megacity, to your own mind.’ 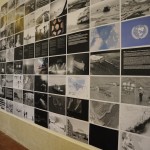 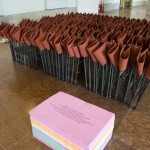 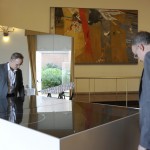 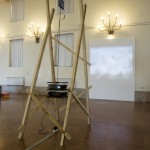 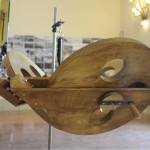 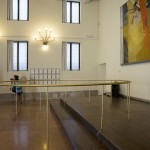 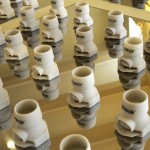 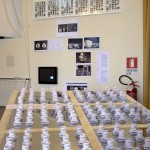 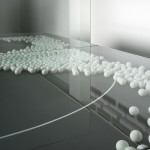 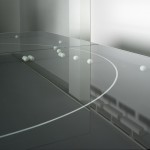 Thermal energy replicated
Rows of identical three-dimensional copying-machine components see the copier become copied. Each appears identical but is slightly different from the last, made unique through an imperfection created by energy transfer during the copying process.

Sound
The work explores the sound we all make through our own electromagnetic fields. The brass ring is a giant antenna, picking up electric signals and turning these into sound through speakers. As people approach the antenna, so our electric fields alter the sounds being created.

Creating and destroying mass
A collision of physics and multi-media: giant self-balancing machine swings a vast pendulum of destruction and creation in which a building is created and then destroyed as the pendulum swings. Chaos and order are brought through each swing as the machine tries to balance itself and therefore bring stillness to the creative cycle.

Responsibility of energy
Whose energy is responsible for the melting of the polar ice cap or the pollution of London’s air?  Issues over the ownership and release of energy are explored through a montage of images, news events and stories investigating the personal and national concept of ownership of energy.

Beyond Entropy is on exhibition from 3 – 28 May 2011 at the Architectural Association School, London.