How do you make use of forgotten sites in cities? This was the question raised by the Royal Institute of British Architects in its recent competition Forgotten Spaces where it challenged architects, designers, artists and students to find alternative uses for overlooked spaces in London and Sheffield. 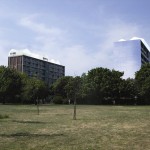 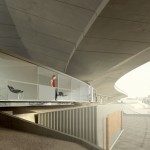 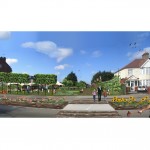 Amongst the highlights includes the Firepits by Studio 3 Hawkins/Brown, an exciting new proposition for Crystal Palace, which caught fire in 1936. The idea is to turn the 1851 Great Exhibition building into a place for celebrating international food and music in a riot of smells and colours – much like what you see in places like the Djeemaa el Fna square in Marrakech.

Moxon Architects has looked at the ?land beneath and adjacent to elevated sections of A40 Westway between Paddington Green and Meanwhile Gardens in West London. WEST_WAY is a proposal to transform this forgotten area by taking advantage of what the architects call ‘glamorous and beautiful existing spaces’ and giving them new functions.

Bee Project by Studiodare Architects is a combined urban park, ‘agroforest’ and bee-keeping aviary promoting a mutual dependency between the community and eco-system in the area between Kempton to Cricklewood Pipetrack. The project offers the potential to create an economic market for the exchange of produce.

Other notable London schemes include artist-inhabited church spires across the City, climbing tunnels in South London’s Clapham, and a project by AP+E in Bethnal Green that involves inhabiting and activating the forgotten rooftops of East London’s council blocks.

In the northern city of Sheffield the shortlisted schemes includes a giant golden frame that floats down the city’s canals, Sheffield’s own version of the Hollywood sign, an urban beach in a city centre car park and a shower block for urban potholers.

‘The range of proposals was particularly impressive and it is clear from the great ideas we saw that people had really had a lot of fun with it,’ says London judge Julia Barfield. ‘The shortlist is a great provocation for everyone to think about the use of space in their local area. The challenge now is to try and realise at least one.’

With 138 submissions in London and 60 in Sheffield it has been one of the largest open ideas competitions of its kind run by the RIBA.

Winners will be announced in the autumn with exhibitions to follow at Somerset House in London and the Crucible in Sheffield. First prize will receive £5,000, second prize £2,000 and third prize £1,000.

The Regent Street Windows Project 2011 sees architects collaborate with some of the leading retail brands on London’s bustling shopping street to create a range of shop window installations.

Initiated by the Royal Institute of British Architects in London, the project’s theme is Cities of Tomorrow, with ten member architect firms creating a range of  work that fuses innovations in architecture with retail design.

‘The project has been hugely enjoyable and given us the chance to work quickly outside of the studio in an alternative way,’ enthuses architect Ian McChesney who worked with denim brand Levis for the project pictured above.

‘Using jeans as a building material presented some technical challenges, but we had a lot of fun with it. Levis have been incredibly supportive as partners and the installation reflects their enthusiasm for taking risks and embracing new ideas.’

The project was initiated last year and run by RIBA London as part of the London Festival Architecture 2010.

‘Our members are always keen to take their work to new places and this project showcases how collaborative working can add value across sectors and in unexpected sites,’ notes director of RIBA London, Tamsie Thomson. 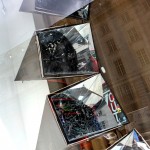 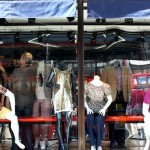 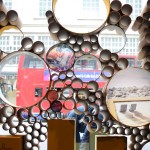 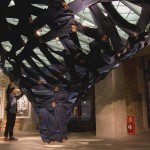 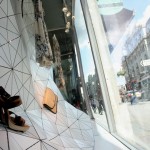 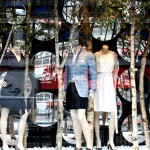 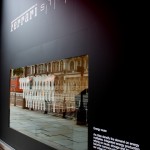 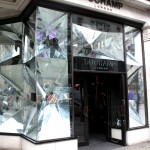 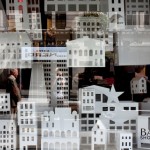 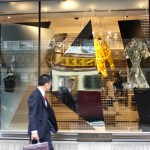 Links to the ten installations

Regent Street Windows Project 2011 is on until 29 May 2011. For more information see RIBA.