Context matters – even in the world of luxury scarves, bags and belts – and there is arguably nothing quite as powerful as a brand with a strong narrative. You cannot invent this – well you can, but the impact isn’t quite as evocative as having inherited an intriguing story. Hermès clearly knows this. Founded in Paris in 1837 by Thierry Hermès as a house of master harness-making and later saddle-making, the company remains family-owned, has continued this blend of precision manufacturing with traditional craftsmanship, even as it gets swallowed up in the increasingly homogenised global market.

To prove this, last month the French atelier exhibited Festival des Métiers: a rendezvous with Hermès craftspeople (21-27 May 2013) at London’s Saatchi Gallery. This engaging public show explores the world of Hermès luxury goods by going behind the scene, literally, as the artisans reveal the mastery of their craft. 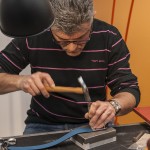 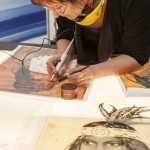 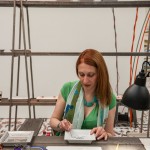 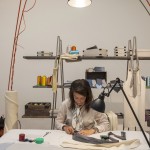 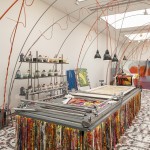 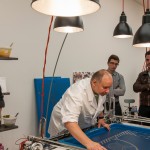 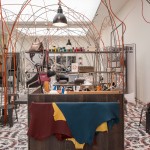 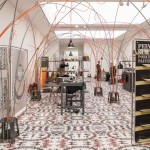 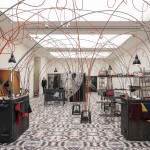 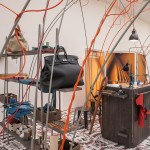 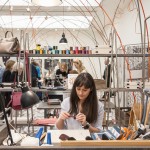 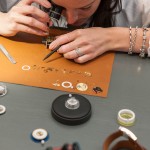 These are visceral experiences. We see how the famous Hermès silk scarf is hand-printed, listen to the rhythmic sounds of the artisans’ tools as the Birkin handbags and other objects of desire are brought to life. And all this in a fun and floral space created by designer Paola Navone.

The show appeared to be a huge success. On the sunny Saturday we visited, the halls of Festival des Métiers were packed with visitors from all walks of life (a very young group it seemed) as the somewhat ‘darker’ contemporary Russian art exhibition throughout the rest of the gallery resembled a ghost town.

This is a travelling exhibition finding its way to Europe via Beijing and Shenyang, and heading to Düsseldorf following the London showing. What it proves is that story, history, context, individuality… matter more and more – and are a great selling tool. In the words of advertising guru, John Hegarty, ‘a brand is the most valuable piece of real estate on the world, a corner of someone’s mind.’