London is in the midst of quite a creative moment. The Design Museum is soon to open in the £83m conversion of the former Commonwealth Institute in Kensington, and the V&A has announced plans for a second museum of visual culture in east London’s Olympicopolis at the south end of the Olympic Park where there will also be a Sadler’s Wells and Washington DC’s Smithsonian outposts.

But before all this kicks off, the city will experience its first Design Biennale which will join forces with the annual London Design Festival. Alongside the festival, the biennale will aim to unite a global community of designers, artists, architects, as well as design historians and theorists for a celebration of visual culture. 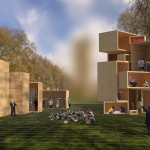 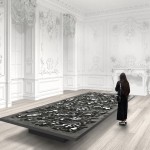 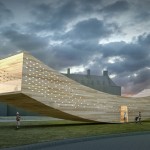 John Sorrell, co-founder of the festival and biennale says, ‘If you believe in design you know it can make the world a better place, and I say the more international design dialogue the better.’

But do we really need two design festivals at the same time? The two, we are told, will function on very different levels and complement one another. Whereas the festival is about showcasing new works of design and site-specific installation work, the biennale will be more about creative thinking, speculative design, theory, ideology.

‘The unique combination of these two events will offer a world wide window on design,’ says Sorrel.

Working under the title Utopia by Design – a nod to the 500th anniversary of Sir Thomas More’s Utopia, and looking at London both as platform and subject – the biennale will focus on talks, education and conversations thus giving substance to the work on display. The biennale will work on pushing ideas rather than objects. This is an intriguing proposition that could be a template for other global festivals as such.

Should be exciting to see.

Read our highlights from LDF 2015 here