These are images of the RIBA Stirling Prize 2010 winning design by architect Zaha Hadid. Described as ‘a building for the staging of art’, her striking new Maxxi Museum of 21st Century Art in Rome is the first Italian public museum devoted entirely to contemporary art and architecture.

Maxxi sits on the outskirts of the city, locally juxtaposed with army barracks and industrial warehouses, overlooking central Rome. Its structurally complex design comprises of a series of protruding concrete and glass boxes. Inside is rationally organised as five main suites that are naturally lit by plethora of skylights – the interior almost encouraging a sense of exploration. The maze of paths and routes form a challenging area for the museum curators to really think of how to hang and exhibit work. In addition, video projections will bounce off the white curves, animating the spaces.

This is the first time Zaha Hadid Architects has been awarded the RIBA Stirling Prize, having been shortlisted on three previous occasions. The RIBA judges called it ‘a mature piece of architecture’.

They said: ‘It is the quintessence of Zaha’s constant attempt to create a landscape as a series of cavernous spaces drawn with a free, roving line. The resulting piece, rather than prescribing routes, gives the visitor a sense of exploration. It is perhaps her best work to date.’

The Stirling shortlists were:

Herzog de Meuron’s Vitra Haus is the perfect addition to Vitra’s celebrated campus in the sleepy town of Weil-am-Rhein. The town, known locally as Stuhl Stadt (Chair City), is most well known for its factories producing some of the world’s most celebrated furniture design from Charles & Ray Eames, Maarten van Severen and Verner Panton, among others. 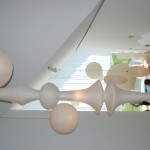 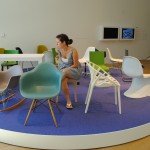 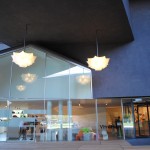 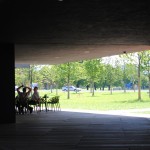 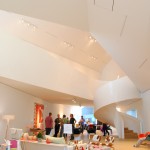 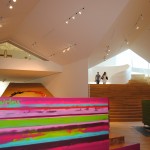 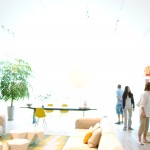 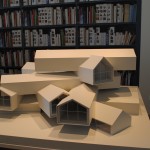 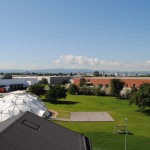 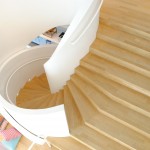 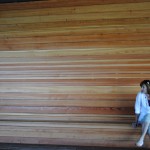 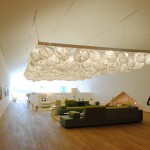 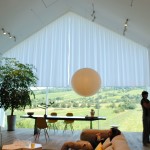 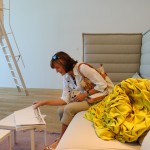 Vitra Haus, which opened earlier this year to much critical acclaim, was built on the concept of a giant display case for all the beautiful interior design produced here. The structure itself is made of 12 individual buildings, sitting atop one another at jaunty angles, each shaped like an elongated Monopoly house.

Upon entering you are ushered straight to the top (fifth) floor, where you start to see just how well this building works its functions. The display rooms are ight and airy, giving ceiling to floor views of the surrounding countryside, and you are free to sit, bounce and play on the furniture. Vitra have really got the balance of museum and showroom right here.

Working your way down through the various levels and rooms is a joy, with every display window giving new vistas. You can even see out over the factory buildings, where the most famous is Zaha Hadid’s first structure – the fire station. Frank Gehry, Nicholas Grimshaw and SANAA have designed the rest, all warranting a visit in their own right.