Mok Wei Wei has shaped a unique identity for his Singapore boutique practice W Architects. During a career spanning over three decades, the award-winning designer and one of Asia’s leading architects has built domestic and commercial projects that offer a unique hybrid of contemporary design needs and urban sensibilities, infused with Chinese traditions and grounded within a local context. Be it designing private homes, apartment complexes, museums or community centres, Mok’s buildings are spatially daring, they are ecologically aware and, best of all, are full of fascinating creative solutions for constructing in a tropical ever-evolving dense Asian metropolis.

Mok Wei Wei: Works by W Architects charts this exceptional career. Published by Thames & Hudson, this visually-engaging and insightful book documents Mok’s designs from the 1980s to the present day to include W Architects’ most significant work – the austere rock that is Lee Kong Chian Natural History Museum, and the redesign for the National Museum of Singapore. Mok was raised as a Chinese cosmopolitan and schooled in architecture at the height of Postmodernism, and while Singapore forms the backdrop to most of the works featured here, his influence extends far beyond the city-state to the entire region. Written especially for the book, Mok calls for architecture to remain radical and to keep responding to the needs of our ever-evolving societies – words that feel urgent in an increasingly urbanised world.

Images: ‘The Oliv’ is an organic, textured, off-form planters juxtaposed with the sleek aluminium screens; ‘The Party House’ is a muted concrete structure cloaked by a stainless-steel curtain © Edwards Hendricks; at ‘ERC’ gentle ramps surround the central courtyard where mature conserved trees reside; ‘The National Museum of Singapore’ has a light-filled annex with views of Fort Canning Hill © Albert Lim K.S.; ‘Lee Kong Chiang Natural History Museum’ is a landmark within the National University of Singapore campus © Fabian Ong

Takenobu Igarashi’s bold and brilliant three-dimensional letters introduced new ways of expressing symbols. The cult Japanese graphic artist created new forms of visual communication – design that has conceptually altered how we view the medium. A new book celebrates the work of this visionary creative. Takenobu Igarashi: A-Z is an exhaustive guide to his life’s work, his experiments with typography and his methodology. It features Igarashi’s celebrated prints as well as designs published for the first time, and archival plans, drawings and production drafts which reveal the process of thinking, creating and making.

To understand the world of Igarashi, though, is to step back in history and to Japan’s space and place in the story of design. Graphic design played a pivotal role in communicating modern Japan’s position on the world map following the defeat and devastation of World War Two. The success of events such as the 1964 Olympics Games and the 1970 Osaka Expo helped open doors for local designers and brands, who needed a unique visual expression to mark their place on the global market.

Japanese designers worked within the context of international movements, specifically modernism, but also brought to their work elements of tradition, of craft, colour application and poetic symbolism as well as references to local anime and manga. The 70s saw post-modernism enter the discussion with a new breed of graphic artists rebelling against modernism – eschewing the traditional grid pattern in favour of free forms and personal expression. It was within this scene where Igarashi began his personal typology experimentations.

Born in 1944, Igarashi’s visual world was dominated by American culture – the abundance of goods and the bold colourful graphics of Hershey chocolate bars and Lucky Strike cigarettes. He writes in the preface to the book: ‘the colourful American culture symbolised abundance and freedom. Immersing myself in the world of alphabets overlapped with dreaming of the future.’ He became fascinated by the Roman alphabet for it is ‘composed of basic geometric figures, it has a fascinatingly simple structure which makes even the most complex expression possible.’

Igarashi studied at the Tama Art University in the 1960s under the influential graphic designer Akio Kanda – his ‘Pure Graphics’ course introduced experimental methods for planar construction and spatial quality which set the foundation for his typographic practice. Later, while at UCLA, Igarashi met another mentor Mitsuru Kataoka, a pioneer of cutting-edge technology in design practice. In the US he explored the Roman alphabet further and became familiarised with Arabic numerals.

Throughout the 70s and 80s, at his independent studio in Tokyo, Igarashi set out to liberate lettering from the limits of communicative functionality. Working with the fundamental principles of graphics, he started to explore the possibilities of alphabets, using the axonometric method to draw three-dimensional letters. ‘My strong urge to free myself from conventional rules and to go beyond the drawing methods that were technically possible at that time opened up doors to a new world of creating form in infinite variations,’ he says.

Igarashi’s letters are like architecture – meticulously constructed buildings that appear three-dimensional – with the essential geometries of the alphabet, the circle, triangle and square, his building blocks. He writes: ‘The circle as a symbol of perfection is frequently used in composition for the formative nature of a circle’s centre point. The triangle serves directly as an expression of its powerful shape; and the square, with its capacity for space, is a typical framework for design.’ As he concludes in the preface to A-Z, ‘In the journey of making, there is no terminus.’ 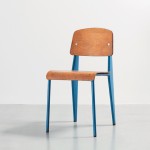 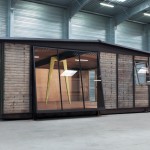 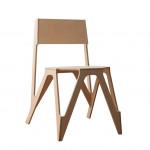 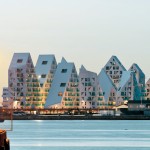 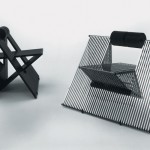 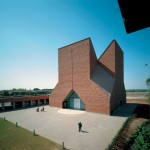 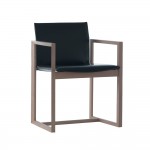 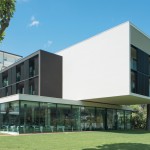 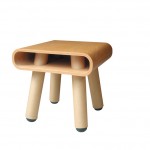 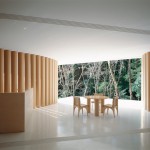 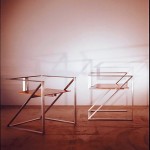 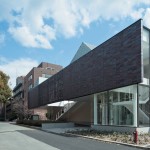 Graphic design is having a minimalist moment. The new wave can be explained in a number of ways – minimalism offers a moment of respite in this age of volume visual consumption; perhaps it is an expression of our modest social and economic times, the post-bling society. Whatever the reason, it is a welcome trend.

Min sets out to explore the renaissance. Written and art directed by Stuart Tolley of Transmission and published by Thames & Hudson, this insightful book showcases work from around 150 contemporary designers. It also reveals the sheer complexity of this genre of graphic design.

Minimalism requires incredible restraint. Far from being simplistic, it takes a highly skilled creative to produce noteworthy minimalist graphics, and there certainly have been some striking recent examples as displayed on the pages of this book. The selection here are hugely diverse, ranging from independent magazines and album covers to corporate identity, branding and packaging.

Min analyses today’s movement in its wider historical context, tracing the evolution from the 1960s. The book also offers insightful interviews with some of the leading practitioners and proponents of minimalist design, including Jessica Svendsen, Made Thought and Eric Hu.

Min, The New Simplicity in Graphic Design is written by Stuart Tolley, and published by Thames & Hudson.

As our world becomes more and more congested, our eyes busy digesting images, information, products… design increasingly takes centre stage directing our vision and assisting us in our consumption. This includes graphics, type and illustration.

People of Print celebrates innovative, independent design and illustration. The latest book by Thames & Hudson features over 400 artwork by 50 leading practitioners and gallerists selected from around the world who operate in the world of print. 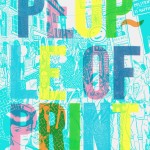 The book pays tribute to the on-line library of the same name, People of Print, founded by Marcroy Smith, one of the authors, in 2008. Here he is presenting some of the work produced and championed by his community – work for corporations, charity, education and cultural institutions. Interviews with academics working in this area, and industry professionals add to an interesting global view on the subject.

Recently I was fortunate enough to work on The Life Negroni. Published by Spinach, it is an intriguing book that straddles the world of cocktails and mixology, of art and design, of liquid history.

It was fascinating to witness how the art team took my words, waved their magic wand to transform a few humble letters that coalesce in words into a sumptuous 300-plus printed book. Through thought-provoking type, juxtaposition of images and an eye for detail they transformed words into a visual narrative, a delicious journey.

People of Print is written by Marcroy Smith and Andy Cook and published by Thames & Hudson.