Pininfarina is responsible for some of the most enduring and exotic motor cars in design history. Founded by Battista ‘Pinin’ Farina in 1930, the carrozzeria has sketched products that have become icons for Ferrari, Fiat, and Alfa Romeo – to name a few. The studio works within the wider creative world too, designing jets, yachts, trains, buses, and other industrial products. It is also expanding its architecture practice with some outstanding projects. As the marque celebrates its 90th birthday, I used the opportunity to chat with the chair and grandson of the founder, Paolo Pininfarina, to see where he sees the company heading now and in the future. Read the full interview here

The Geneva Motor Show is a great place for spotting new design and technology trends within the car industry. There never of course is a single direction but you can get a general sense of what  to expect in the new few years. Read the full reports in Future Space Magazine and in Wallpaper*

Also have a look at some of the designer interviews from previous Geneva Motor Shows.

On the eve of the 2013 Geneva Motor Show Dr Ralf Speth told a small group of media representatives of his company’s triumphant year. The Jaguar Land Rover chief executive officer revealed plans to invest £2.75 billion in product development to support the launch of eight new and refreshed products this year, including the Jaguar F-Type and the introduction of the world’s first nine-speed gearbox in the Land Rover product line-up. He also hinted at ambitious global expansion plans, especially in the emerging markets.

‘It is nice to be reminded of the bigger picture,’ director of Jaguar design Ian Callum tells me the following day at the Motor Show. ‘We all work very intensely internally and so it is good to hear the CEO’s message. We are hugely ambitious at the moment in case you hadn’t noticed,’ he adds with a knowing smile.

‘There is huge confidence in the two brands,’ Callum continues referring to the Jaguar and Land Rover marques. ‘However, there is one thing climbing the hill, another staying on top. I am very aware of this, especially with Jaguar. We reinvented the brand and now we have to grow. It is a challenge but I don’t think we have to reinvent for a while. We are where we’d like to be.’ He pauses, choosing his words carefully: ‘sustaining the brand is a big job; it takes a lot of soul searching. The conclusion I’ve come to is that we’re in a good place and need to evolve now and most importantly stay consistent.’

Jaguar is understood in the UK – historically the marque has a strong presence. The challenge is to familiarise the brand around the world, where this isn’t the case. Even in markets like the US, its biggest single market, there isn’t instinctive brand recognition. Callum says when he drives around Los Angeles or New York people respond positively to the cars, but they don’t make that immediate Jaguar connection, which is something that could be pushed through design.

Staying relevant, of course, also helps. Jaguar’s latest product, the F-Type, is a small two-seater sports car and a modern take on the E-Type that for many of us defines the marque. The previous day I was lucky enough to experience the car – it certainly looks, feels, sounds and drives beautifully. Yet today’s world and the next generation of drivers demand a new form of mobility that isn’t just about shiny metal and horsepower.

Callum agrees, but also points out that cars like the F-Type are crucial for the brand. ‘They don’t have to sell in high numbers because it is about a statement, it is about what we stand for and even younger people will get this message.’ The company is observing trends in mobility. He says: ‘We are very aware that people are downsizing and buying smaller vehicles, and we need to take heed of that and become relevant to a whole new generation of people who didn’t just grow up on saloon and sports cars,’ he says adding candidly: ‘we have to create a portfolio to match.’

Callum believes there is always this dichotomy of style versus practicality. The car is much more of a commodity now where functionality and connectivity is as important as looks. He agrees it is more of a product than it used to be 30 to 40 years ago. ‘From the design point-of-view I have to gauge the limits of pushing design versus practicality. And it is a dilemma as we are about style, and style takes space.’

I suggest that you get beauty in length especially with Jaguar design, so in this context how would he go about designing a small city car. ‘Make it substantial; give it elegant presence,’ Callum fires off. ‘We’re not doing one though’ he retorts adding that he would love to design one though. ‘You’d have to go for a proportion that has a sense of confidence about it – and assertiveness, not aggressive, but assertive charisma.’ I say I cannot imagine a small Jaguar, to which the designer smiles and replies: ‘Oh I can. I think it would be an interesting thing to do.’

Callum notes that inside it would have the same wood, metal and real material application that is representative of the Britishness of the brand, but also have fun with it. ‘A lot of women drive small cars, so how to use it is very important, in a glamorous and practical way,’ he notes, not too dissimilar as to how women approach handbags where it is a mix of style and function. This hypothetical Jaguar city car will also appeal to a certain mind-set, an active city dweller for whom connectivity is high on the list. I mention the Volkswagen Up, a brilliant piece of automotive design that stays close to product design. ‘That car was in my head before it came out,’ says Callum. ‘It is a very mature piece of design. It is clearly done by an automotive designer as there is no naivety in it.’

He confirms once again that a city car isn’t in the company’s cycle plan before asking me if I feel it would devalue the brand. I reply, not if executed in the right way. ‘Thank you! I will quote you on that. If you keep it special enough it won’t.’

He says they are looking in all directions and observing world trends. Markets like China are incredibly important to Jaguar and its future growth, and the designer is well aware of this. ‘The XJ is very popular in China for instance,’ he says adding that nowadays you can do a big car with a small engine so ecologically it isn’t quite the issue it used to be, adding: ‘big cars won’t disappear.’

Callum’s team typically work on products that won’t be visible until five to ten years from now, so what are his observations: ‘We are travelling more than we used to – that human need won’t change. The big future is about efficiency, the excitement won’t go, but we will be more aware of consumption, recycling, and the satisfactory knowledge that the product comes from somewhere and goes somewhere.’ 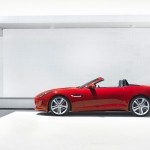 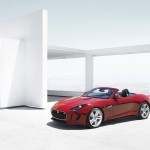 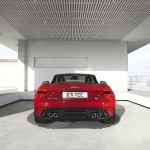 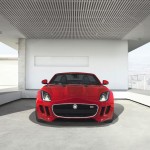